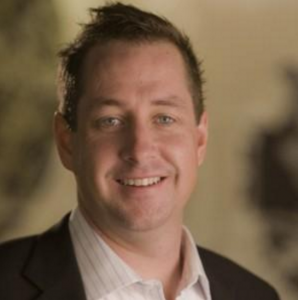 Tim McGahan ACS has established himself as one of Australia’s most prolific film and television players. Working across feature films, television, TV commercials and digital multiplatform, there are not many areas of the film and television business he hasn’t had experience in.

Tim is the owner and company director of Blacklab International – a leading TV commercial production company, Blacklab Entertainment an emerging long form production company, Filmlighting – one of Australia’s largest independent film lighting equipment rental companies and an active cinematographer. As producer and executive producer, Tim has brought to life more than 500 TV commercials, corporate videos, and music videos. As Managing Director of Blacklab Entertainment he has executive produced in excess of 44 hours of broadcast television and the award winning and critically successful feature film Predestination.

Tim began his career as a highly regarded and award-winning cinematographer in demand for his creative vision, speed and knowledge, Tim was the youngest ever Australian cinematographer to be accredited by the Australian Cinematographers Society. As cinematographer he has shot over 250 TV commercials, 40 music videos, as well as short films and television drama.

Tim graduated from the inaugural intake of the Australian film television and radio school’s – graduate diploma in screen business administration and has also served as QLD President of the Australian Cinematographer Society.

A passionate and active member of the Australian media industry, Tim is dedicated to producing creative excellence in innovative visual content and to develop sustainable and economically responsible businesses within the industry.

At the 2018 Lord Mayor’s Business Awards, Tim received the Award for the Channel 7 Business Person of the Year.

Peter and Michael created their first film, UNDEAD (2003), a low-budget zombie horror-comedy, after pooling together their life savings. UNDEAD screened at 17 film festivals, including Edinburgh, Montreal, Toronto, Sitges, Berlin, Amsterdam and Puchon. At the Melbourne International Film Festival, the International Federation of Film Critics awarded UNDEAD the prestigious Fipresci Award. The film was sold to 41 countries, and was released in the US and Canada by Lions Gate Entertainment, who developed a close relationship with Peter and Michael, and backed their second production DAYBREAKERS.

The Spierig brother’s third film is the action sci-fi thriller PREDESTINATION (2015) based on the science fiction short story ‘”All You Zombies” by Robert A. Heinlein. The film stars Ethan Hawke, Sarah Snook, and Noah Taylor. PREDESTINATION was nominated for nine AACTA awards (Australian Academy of Cinema and Television Arts Awards) and won four, including Best Actress for Sarah Snook. The brothers also won the prestigious John Hinde Award for Best Science Fiction Screenwriting in 2014, and at the Toronto After Dark Film Festival won a Special Award for Best Sci-Fi Film and Best Screenplay.

The Spierig Brothers are currently working on the Supernatural Thriller WINCHESTER, which tells the true story of Sarah Winchester, the millionaire heiress to the Winchester Arms fortune who is convinced that she, and her family, are haunted by the souls killed by the infamous rifle. 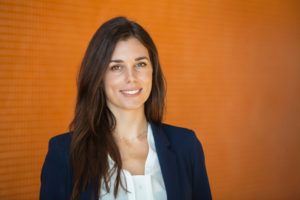 Mel joined the Blacklab Group in 2016 to work on its feature film project, WINCHESTER. She has since held the role of Producer and Business Affairs within the Group’s feature film and television division, Blacklab Entertainment.

Mel spent 6 years working within a corporate litigation and commercial law firm before forging her way in to film and television production. A qualified lawyer, Mel’s role at Blacklab now sees her developing, financing, producing and delivering multi-million-dollar content for some of the world’s biggest distributors and studios.

Mel holds a Bachelor of Laws and Bachelor of Creative Industries (majoring in Digital Media) from the Queensland University of Technology. At just 22 years of age, Mel was admitted as a lawyer of the Supreme Court of Queensland. Mel has valuable experience working across commercial law, disputes and litigation, contracts, corporate and personal insolvency, intellectual property, finance and securities, all of which makes her a valuable asset to the Blacklab team.