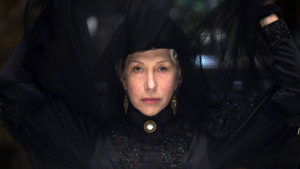 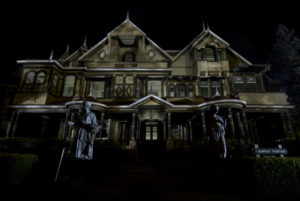 Producer Tim McGahan said “This is such a great story and we are delighted to have the full support of Screen Australia, Film Victoria and Screen Queensland to help bring it to the screen.”

“Screen Australia is thrilled to be co-funding Winchester, which gives the Spierig brothers a chance to work with A-List international talent including Helen Mirren,” said Graeme Mason, CEO of Screen Australia. “Films like Winchester telegraph to the international market the breadth of films that can be made in Australia, using not only our locations but our creative and producing talent.”

Writer/directors Peter and Michael Spierig said “There have been few haunted house stories that have captured our imaginations quite like the legend of the Winchester House. Sarah Winchester was an eccentric pioneer, an inventor, a woman plagued by her family’s legacy, we couldn’t be more thrilled to have Helen Mirren bring this fascinating character to life “.

WINCHESTER will shoot in Melbourne, Docklands Studios and surrounds in early 2017 before shooting on location at the real Winchester Mystery House, widely thought to be one of the most haunted houses in the world.

Jenni Tosi, CEO Film Victoria said: “We’re delighted the Spierig brothers will be back in Melbourne with their next film Winchester, and will again be working with our talented cast and crews. We’re equally thrilled to welcome the peerless Dame Helen Mirren to Melbourne, and hope she’ll also have time to experience our world-renowned culture and cuisine.”

We are proud of the success of the Spierigs and along with Tim, for the critical and commercial success they achieved with their last feature, Predestination, also supported by SQ. There is already considerable market interest in Winchester following the Cannes Film Market and we anticipate there will be good representation of Queenslanders in the heads of department. Winchester will again put the global spotlight on Queensland talent and bring huge long-term benefits to our state,” she said.

WINCHESTER: After the sudden deaths of her husband and child, firearm heiress Sarah Winchester (Helen Mirren) believed she was haunted by the souls killed at the hands of the Winchester repeating rifle. She threw herself into the 24-hour a day, seven days a week construction of an enormous 160-room mansion designed to keep the evil spirits at bay. But when skeptical San Francisco psychiatrist Eric Price is dispatched to the estate to evaluate her state of mind, he discovers that her obsession may not be so insane after all.

PREDESTINATION is #1 on the UK iTunes chart